We have made a great deal of progress with framing! Jenn met Nathan, Sean, and Daniel up on the site yesterday and Daniel was kind enough to take a ton of pictures of our progress. While up there they discussed plumbing, electrical, flooring, and a bunch of other items. I was unable to attend, however, the choices they made sound awesome. We decided to move the kitchen around a bit, and decided to try get walnut flooring for the upstairs, the stairwell, and the landing on the bedroom level. For the rest of the bedroom level, we are going to try use marmoleum or something similar which will give a cool contrast with the wood. The only thing I found out that is disappointing is that the master bathroom won’t have the required slope in the floor for drainage, so the shower will have to have a slight lip to it. Not the end of the world, but it would have been cool to have a continuous area. I’ll try get some drawings up over the next few days to illustrate what we are talking about. 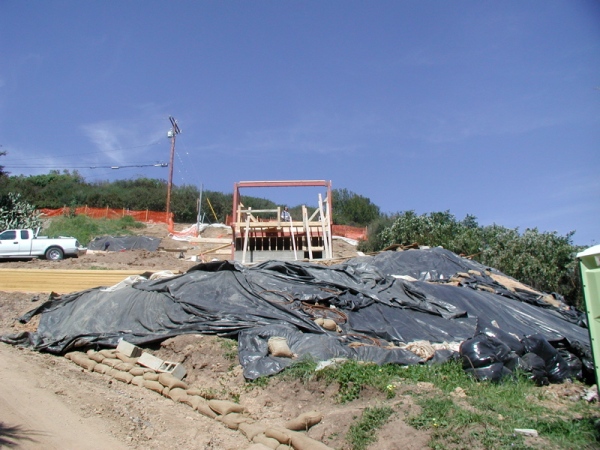 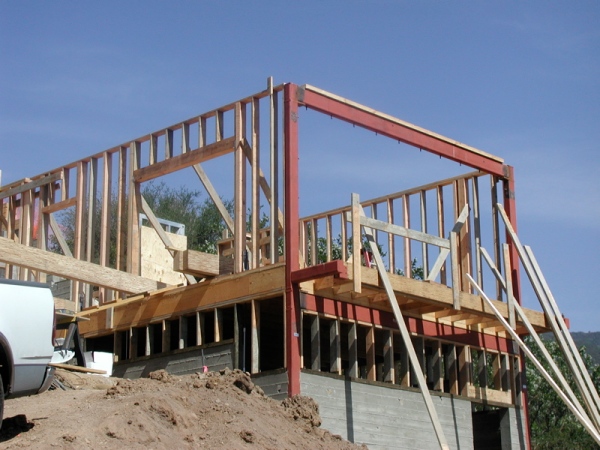 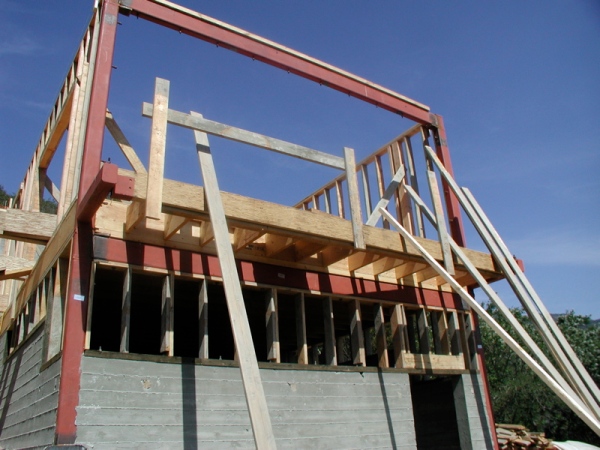 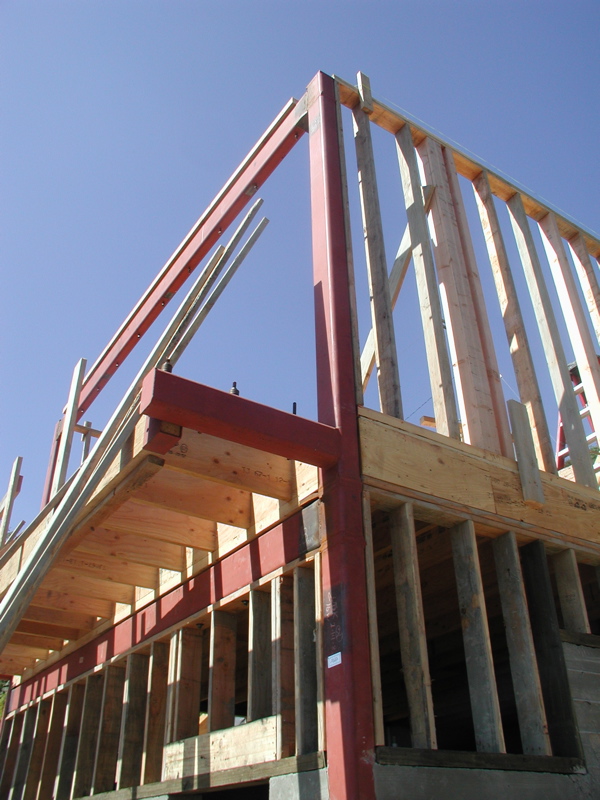 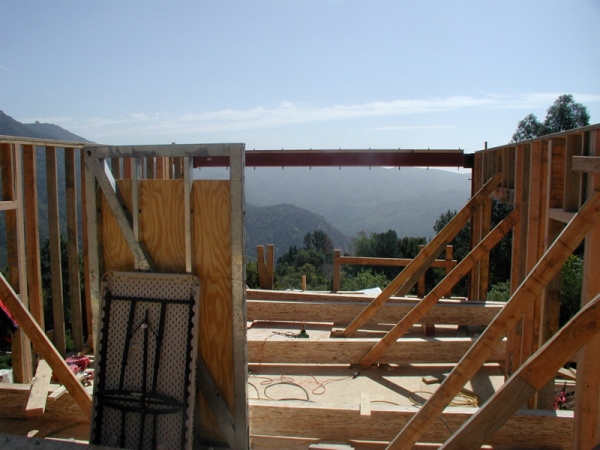 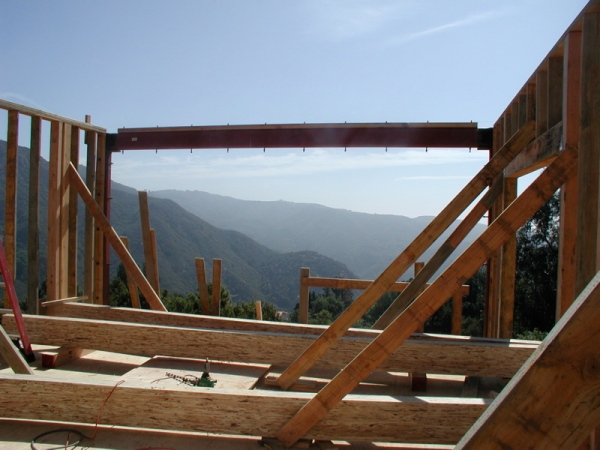 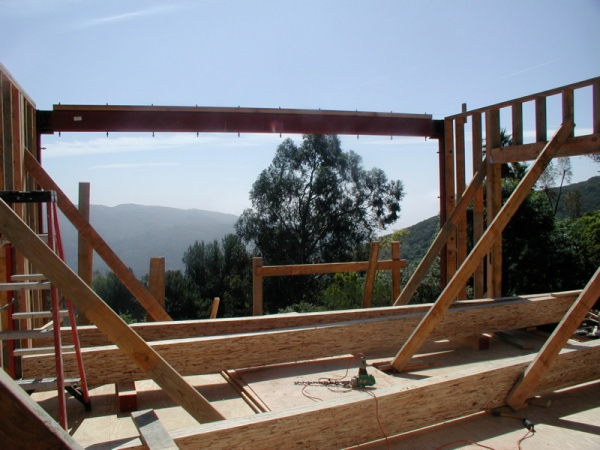 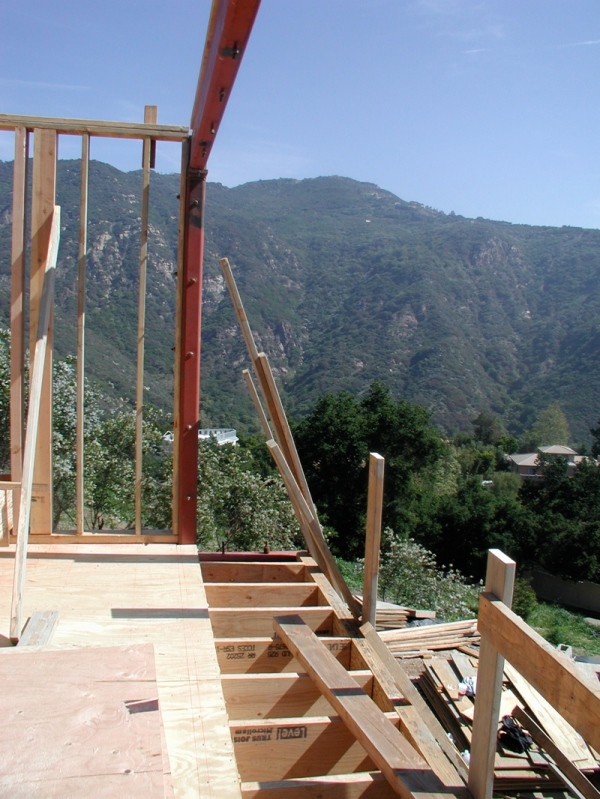 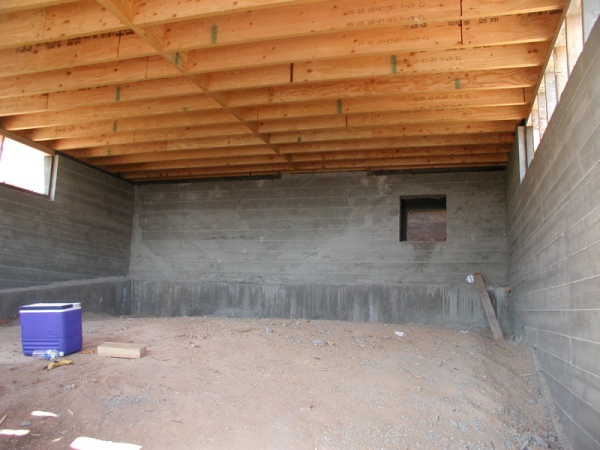